Spiliotica on the cliff is situated in the picturesque Imerovigli, in the uniquely beautiful island of Santorini.

Spiliotica on the cliff offers spectacular views of the Volcano / Caldera. Its terrace is the ideal spot for relaxation either by reading a book or enjoying your coffee or drink.
Hotel’s Restaurant “Blue Note” is a stone’s throw away and it offers incredible views of the Volcano and Therasia island.

Spiliotica on the cliff’s facilities include:

“Spiliotica on the cliff is situated in the picturesque Imerovigli, in the uniquely beautiful island of Santorini.” 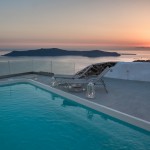 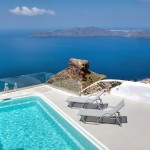 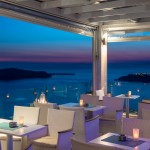 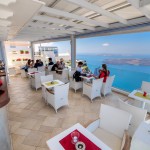 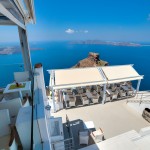 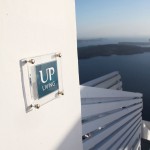 “Imerovigli, one of the most crowded resort centers of Santorini. The village is built on the highest point of Caldera and offers the most beautiful view to the volcano.”

The island’s uniqueness is owed to its famous Caldera. The whole island is a creation of the volcano. The wild landscape with the black rocks sweetens by the traditional Cycladistic settlements which lay around the Caldera composing an extraordinary image.
Santorini belongs to the Northern Cyclades and consists of a complex of islands. Thira, Thirasia, Aspronisi, Old and New Kameni.
It is one of the most cosmopolitan and developed islands of Greece. It combines traditional elements along with all modern luxuries offering to its’ visitors high quality services. Ideal for any kind of tourism, since the tour around the island covers a wide variety of interests. Significant archaeological sites, numerous churches with their characteristic architecture, picturesque settlements as well as black sanded beaches will cause you strong, unforgettable emotions.
Imerovigli, one of the most crowded resort centers of Santorini.The village is built on the highest point of Caldera and offers the most beautiful view to the volcano. It is situated between Fira and Oia. It is considered as an attraction pole for every single visitor of the island. With its’ original Cycladic charm, the traditional architecture of the residences and the churches and with its’ magical view towards the volcano and the Caldera, it has gained an international reputation.